DC motors turn when there’s a voltage across them. But they need more current than our IO Pins can supply, so we need a driver to amplify the signals from the MCU. This could be as simple as a single transistor switched from an I/O pin: 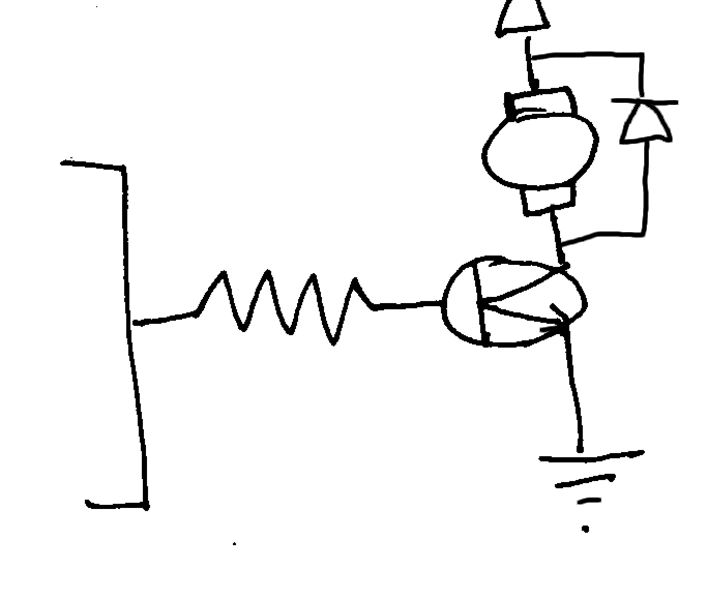 Then you can turn the motor on and off using the pin::

The motor can be driven at different speeds by varying the duty cycle, just like with the LED::

The motor can also be driven backwards by reversing the direction of the voltage across it. This is done using an H Bridge, which consists of four switches coordinated to allow the motor voltage to be reversed.

Because switching the wrong thing at the wrong time could cause a short circuit, the switches of an H-bridge are generally controlled by internal circuitry, and driven by two logic pins. There’s two common ways: one controls the sides of the bridge (often called “A” and “B”) directly:

Appropriate frequencies to PWM motors at are best determined by experimentation, as they vary between drivers and motors.

Servos are very handy little units, consisting of a motor, a position sensor and a feedback loop. Rather than telling them which way to turn, you tell them what position you want them to be in and they move to that position.

They are controlled by a train of pulses, for most servos a pulse of 1.0 ms will turn the servo one way and a pulse of 2.0 ms will turn it the other. A pulse of 1.5 ms will put the servo in the middle. Pulses must be received every 25 ms or so or the servo will turn off. Servos are not all that precise, especially cheap ones, so if you go past the acceptable range for the servo you may hear it whine as it tries to move past its limits, or it may ‘hunt’ (wiggle back and forth) if it isn’t happy with the frequency of the pulses. The allowable range of your servos is best determined by trial and error.

There are three pins:

Stepper motors have multiple separate coils, and unlike DC motors there’s no brushes to switch the current around and keep things spinning, instead you have to do it yourself. The two separate phases need to be controlled separately.

A typical bipolar stepper motor has two windings A and B which are driven by two separate H-bridges for a total of four I/O pins. To make the motor rotate, it must be driven in the correct sequence, for example here is the sequence for a “half step”:

This means you have more work to do, but you also have more control: